Art as an Interface of Law and Justice

On 25 February 2021 Hart Bloomsbury brought out a monograph by professor Frans-Willem Korsten (Leiden University/Erasmus University): Arts as an Interface of Law and Justice: Affirmation, Disturbance, Disruption. Its working title was 'Annoyance' but that did not sell. A sign in itself; most struggles for justice have been considered as annoying.

The study shows how art may operate as an interface between two spheres: the larger realm of justice and the more specific system of law. This interface has a double potential. It can make law and justice affirm or productively disturb one another. Approaching issues of injustice that are felt globally, eight chapters focus on works of art not dealt with before in this context, including Milo Rau's The Congo Tribunal, Elfriede Jelinek's Ulrike Maria Stuart, Valeria Luiselli's Tell Me How It Ends and Nicolas Winding Refn's Only God Forgives. 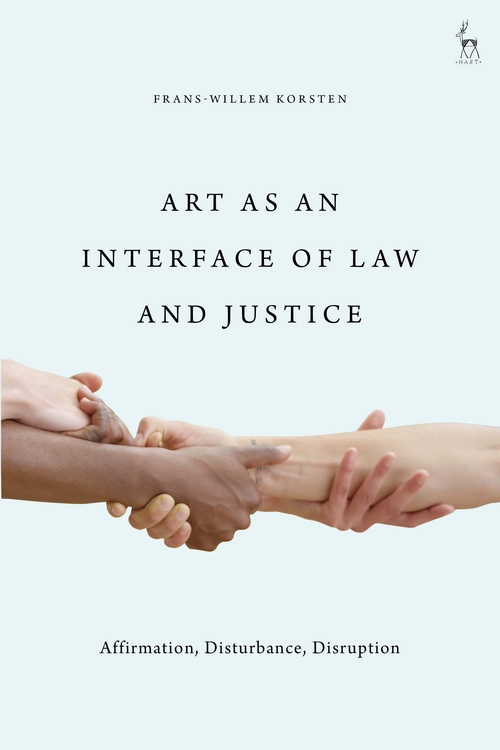